Lear offers her daughters the chance to praise her for a slice of the Kingdom, in a public, broadcast setting. - PC

Queen Lear disposes of her kingdom between two of her three daughters based on their overt praise for her. The story twists and turns as we follow the Queen’s descent into madness which brings tragic consequences for all. Set in an oppressive futuristic society Queen Lear focuses on economic inequality, the crippling effects of the media, and what is considered private and what is not. 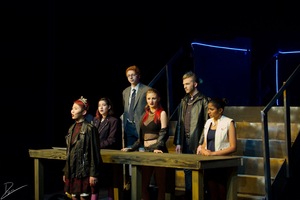 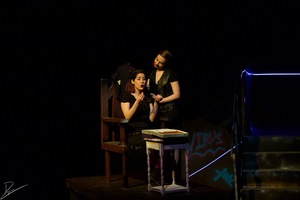 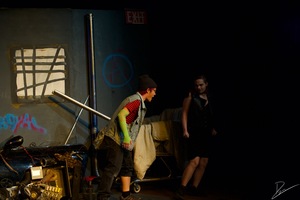 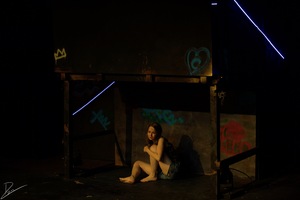 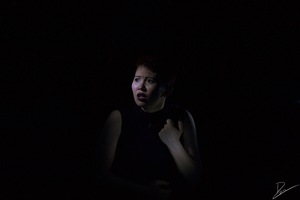 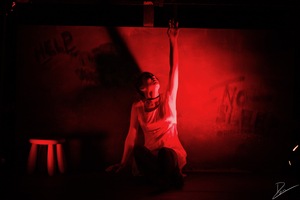 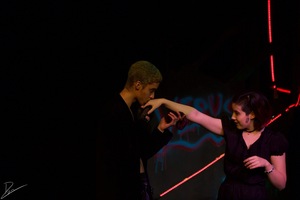 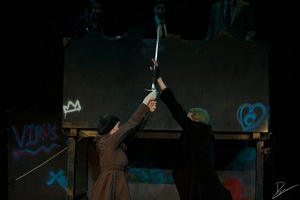 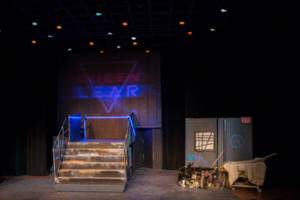 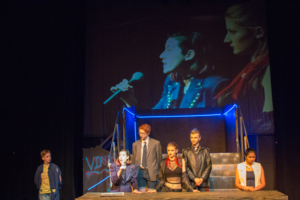